If you like unicorns, you will be gratefully surprised to discover that there are many of them represented in Scottish castles and monuments. Actually, did you know the unicorn is the national animal of Scotland?. Well let’s find out the reason why.

You can think that this unicorn fashion is something totally new, since there seems to be a commercial conspiracy to put at least one in our lives, but nothing further from reality.The history of unicorns goes back centuries and centuries. This legendary animal already appears in writings of ancient Babylon, Persia, Greece, and Egypt.

Apparently in the past people used to believe that unicorn horn had healing properties, and was the perfect antidote to treat poisoning. It’s amazing how something that hasn’t really existed has been able to influence the reality of so many people. The unicorn horn was a precious commodity and a usual gift for kings and queens.

There is a very nice ancient story that says: ‘once a snake went to a trough and poisoned water. But then an unicorn appeared, dipped its horn in the water and purified it for all animals’. This shows how the unicorn used its power to protect all species. This made him ] the supreme animal: he could do whatever he pleased. However, he decided to do good for the rest of the world and for more than 4,000 years the world believed in it.

The Unicorn Story in Scotland

In Celtic mythology the unicorn was a symbol of purity and innocence, as well as virility and power. All of this may have been the reason why Scotland chose it as its national animal. This occurred during the reign of Robert III in the late 14th century, with two unicorns appearing in the coat of arms. In the 15th century, during the reign of James III, coins were even minted with a unicorn on them.

Later, in the 17th century, when Scotland and England were united under the reign of James I -James VI of Scotland-, one of the unicorns on the coat of arms was replaced by a lion, which is the national animal of England. This represented the unification of both countries.

Tensions between Scotland and England are historically well known by everyone. In fact, probably Scotland has chosen the Unicorn as national animal for significant reasons. Unicorns were related to ferocity, dangerousness, indomitability and it has been interpreted as a symbol for facing those who wanted to oppress the nation. Like unicorns, scottishs people would prefer to die fighting rather than being captured. We can see the meaning of this symbol for the Scots whose  for centuries struggled to stay independent and free from foreign influence.

For sure you want to hunt a unicorn with your camera. Well, get ready! Here below we include the most important places where they have been represented. Remember than some of these places are visited on our tours:

If you would like to know much more about this magical and mythological animal, don’t hesitate to roll in our tours. Much more anecdotes are waiting for you! 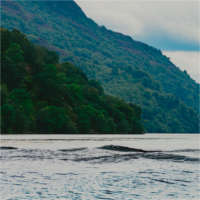 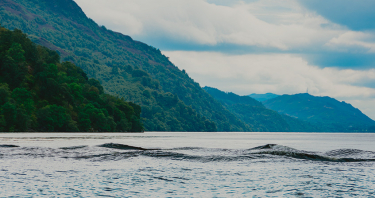 The Legend of the Loch Ness Monster

Of all the Scottish legends, surely the legend of the Loch Ness monster is best known. And it is that there are already many who have approached the Loch Ness with the intention of sighting Nessie among its dark waters. Is there evidence of the monster’s existence? We give you all the clues. […] Edinburgh Castle Travel Guide: Everything You Need to Know

We are sure that in your passage through the Scottish capital you will leave a gap to know the most visited tourist attraction in the country. For that reason, here you have this space so that you are aware of every detail of this impressive fortification. A complete guide to the impressive castle of Edinburgh […] 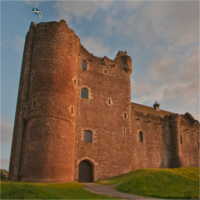 Very close to Stirling, in the small town of Doune and bordered by the River Teith is a medieval fortress that houses interesting stories, both real and fictional. It is the castle of Doune, a sturdy stone construction scene of numerous movies and series. […]

For travelers who love Scotland
17 tours available
See all

If you want to know the most mysterious places in Scotland, take a look at these tours. We offer you a magical journey through the places that house the most curious Scottish legends. Ghosts, witches, monsters, knights, unicorns ... You will feel like a story!

Free cancellation
from
65£
Previous Next 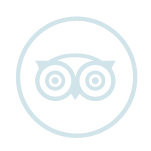